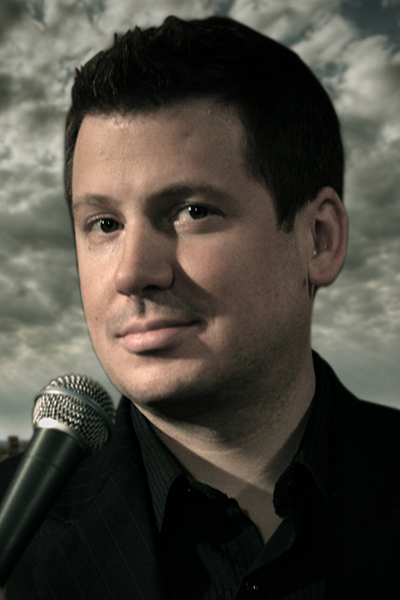 Dave Landau's smart, edgy, and fresh humor delivered with a unique laid back and clean style has made him one of the fastest rising comics in America. With a strong improv background and sharp material, he is an act you're sure to enjoy. Dave is often told, "You remind me of that friend I had in college."
Dave performs at top clubs and theatres around the country and has worked with comics including Steven Wright, Dave Chappelle, Ron White, and Dennis Miller. Dave was the warm-up comedian for the Comedy Central/Warner Brothers release Henry Cho's: What's that Clickin' Noise? and he recently appeared at HBO's Las Vegas Comedy Festival. In March of 2007 he recorded Live at Gotham for Comedy Central and he has also been featured on XM Radio.
Dave is also a trained improviser from the nationally renowned Second City Comedy Theatre where he studied for two years and graduated from the Second City writing program. He also wrote several student shows while he was there.
Dave Landau has a keen eye for humor and the ability to make hilarious observations about almost anything. He has a unique voice in comedy and is completely original and entertaining.