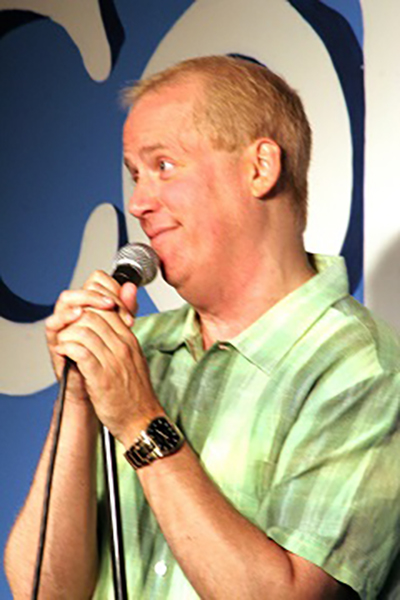 Jim Holder is a seasoned veteran of stand-up comedy who has headlined comedy clubs from coast-to-coast. Jim started his career at The Comedy Workshop in Houston, Texas, home of the "Texas Outlaw Comics" such as Sam Kinson? and Bill Hicks.
"Bill Hicks was the first non-famous comic I ever saw live and it changed the way I thought about comedy forever! The Outlaw Comics didn't look like comedians I saw on TV. These guys owned the stage like rock stars! You never knew what was going to happen next!"
From those early influences, Jim developed the passion for stand-up comedy that he carries today. With an attitude aimed at making people laugh uncontrollably, Jim strikes incredibly close to home with his cynical descriptions of everyday subjects. His comedy is sometimes silly and hard-hitting, often spontaneous and interactive, but always funny. The question Jim receives most often after his show is "When are you coming back?"