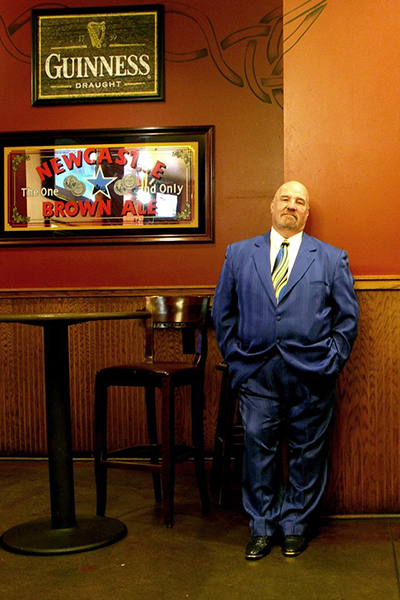 Born into a circus family when it was discovered he had a fear of sawdust, the family had to leave in disgrace. Spent his formative years in Chicago trying to convince his schoolmates he wasn't a midget. His family moved him to Springfield, Missouri, where he attended a Catholic school run by ‘The Holy Order of Killer Nuns'.
A professional boxer at age 19, he had 42 pro fights and became the ‘Southern Middle-Weight Champion'. He was suspended from boxing after losing a fight on a bad decision because he remarked, "I knew I was in trouble when I saw the judges had Seeing Eye dogs." After being hit in the head for eight years, he realized he had a weird way of thinking about things and became a comedian. Some people didn't understand how he would do comedy after boxing, but then again, they didn't see his last two fights.