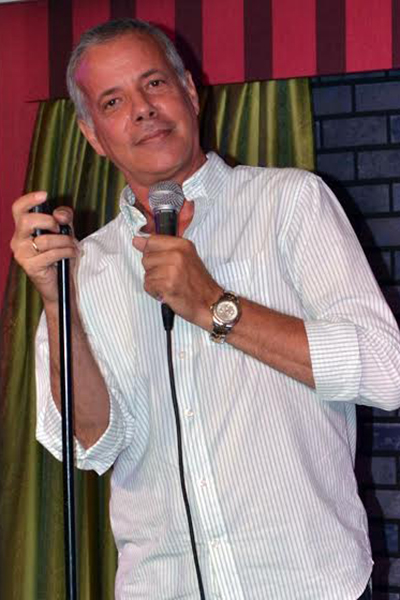 Lance Montalto has been entertaining since the age of 11 (recording for a subsidiary of STAX Records) and has been in the Comedy Business for over 30 years, Headlining Clubs, Cruise Ships, Colleges, Special and Corporate Events.
Born into a family of Entertainers: His Mother Was - Big Band Singer in the late 30's and 40's Father - Trumpet Player - Big Band Era for MANY bands. Sister - Dancer American Ballet Theatre Brother - Background Singer for Celine Dion, Barry Manilow, Reba McIntire. Brother - Doctor of Music - North Texas State University. And, Lance - The fool, can handle any venue or crowd (Even the Pope, if the check clears.)
As a double treat, he not only performs his comedy show, he is an amazing musician and does an hour and a half one man tribute to The Beatles. Using a 12 string acoustic, and tells Beatle Stories with each song. (Even stories no one has ever heard before.) When advertised, his Beatle Tribute guarantees great revenue.

Dancer and the Dame