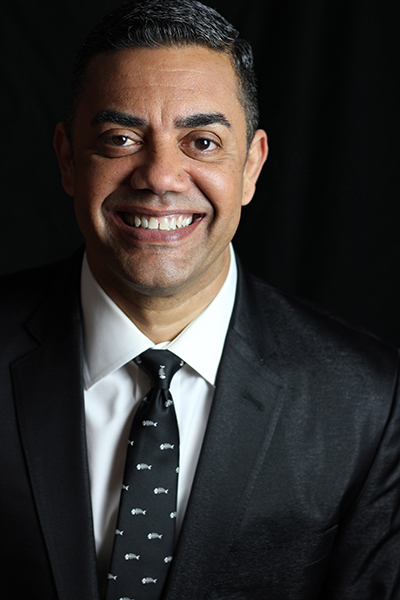 Leonardo "Lucky" Luciano has been rolling the dice in the comedy world for 10 years. After graduating from the famous Second City Improv Theater in Chicago, he fell in love with stand-up and quickly embarked on a mission to win over audiences everywhere.
A textile salesman by trade, Luciano began incorporating humor into his sales presentations, which propelled him to become a recognized sales leader in the industry. Known to be a character on and off the stage the transition from the corporate world to the spotlight was a natural evolution.
Luciano's clean style of comedy is a unique blend of hilarious life experiences, double entendre and innuendo, wrapped in a charismatic and animated delivery. His energetic humor has made him a crowd favorite from large capacity theaters to the most intimate of settings.
This proud Dominican raised on the streets of Fort Apache, The Bronx, has had the privilege to perform alongside many extravagant comedians, including: Tiffany Haddish, Tom Dreesen, Stephen Merchant, Joe Piscopo, Rocky LaPorte, Jimmy Walker, Tim Walkoe, Steve Byrne, Rudy Moreno, Mark Viera, Alex Ortiz and more.
"Just wanted to say thank you for a great performance. The chatter is going on about it" - Cancer Support Center IL
"I cannot thank Lucky Luciano enough for providing some much needed relief and laughs at our fundraising event for injured police officers. Lucky was not only funny but extremely patient with the chaos of the night. Thank you 'LL." Officer Roberto, Cicero IL Police Department
Lucky is not only fluent in Spanish he can complete an entire show in Spanish! Would this fit your demographic? Call us to find out!