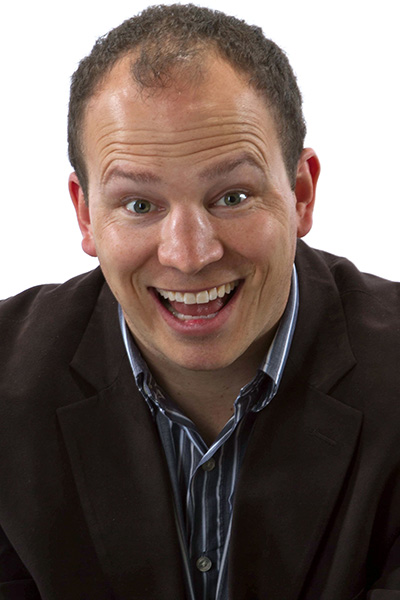 Considered among the smartest writers on the comedy scene, Ryan Wingfield is quite possibly the funniest thing to come out of Alaska.
Using a combination of misdirection and innuendo, he keeps his comedy clean while still maintaining an edge. His show includes social satire with a mixture of his own life experiences. From growing up in one of the coldest places on earth to his current role as a stay-at-home dad and "trophy husband."
With over a decade on stage his career has taken him to over 30 states, a dozen countries, and three continents. Performing in every venue from the small town bar or comedy clubs, to Large Vegas Casinos, and even overseas entertaining US troops. You may recognize him from XM radio, Doug Benson's mocumentary "Super High Me," or NBC's "Last Comic Standing."