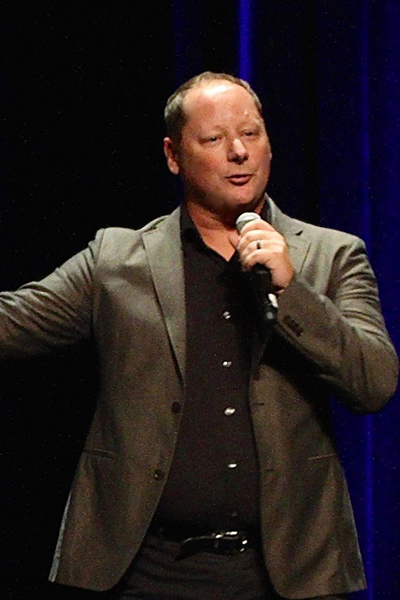 From a U.S. Naval Submarine hundreds of feet beneath the Atlantic... to the Ed Sullivan Theater where the Beatles and Elvis performed. That's the path Emmy-Winning Comedian Steve Mazan has traveled. After serving during the first Gulf War Steve traded in his bubblehead badge to be a stand-up comedian. Since then he's performed on "The Late Show with David Letterman" and won an Emmy writing for Ellen Degeneres' daytime talk show. But of all Steve has accomplished he's most proud of traveling to Iraq & Afghanistan over a dozen times to perform for the troops.