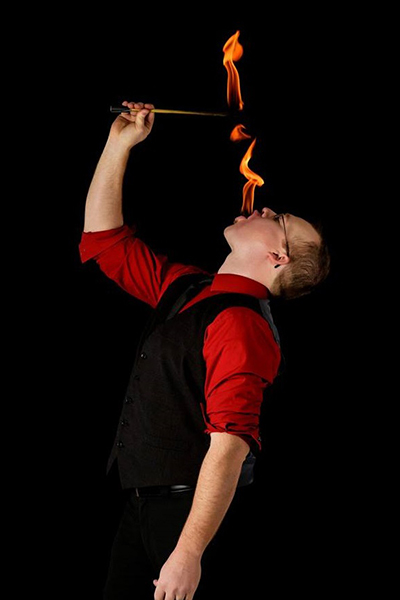 Born and raised in South East Iowa, Travis began practicing magic at the age at 15. He quickly began performing for guests at local restaurants, and continued to grow his various styles of performances. Nineteen years later, Travis has performed across the country for corporate events, private parties, mixers, and fundraisers. Travis has also been a featured magazine cover story, performed live on radio, and performed live on TV for his own monthly segment called "Magic Monday".
Mixing magic, and real stunts like fire eating, walking on broken glass, eating light bulbs, and swallowing needles, Travis has created a truly unique performance that is not only fun, but also appropriate for all ages. Travis has a separate performance called "Fear-Less" using magic, and stunts as a motivational tool to show how fear can keep us from achieving our true potential.